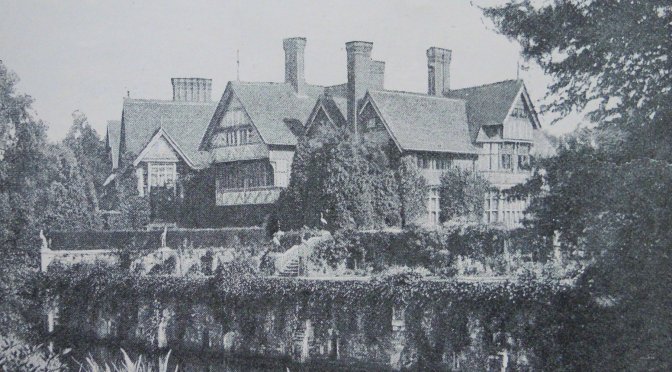 Rebecca West’s The Return of the Soldier was first published in the February and March 1918 numbers of The Century magazine. This was one of the first modernist novels to portray a shell-shocked soldier of the First World War and to consider the impact of his return home on the domestic lives of family members. Though supposedly ‘about’ the returning soldier Chris Baldry, whose shell-shock has induced amnesia which has suspended his memory of the previous fifteen years, West’s novel is entirely narrated from the perspective of his cousin Jenny. She relates how, unable to fully recognise his upper-class wife Kitty, Chris instead rekindles a love-affair with the working-class Margaret Grey and takes comfort in memories of his boyhood life before marriage and war. By having Jenny relate the turmoil which ensues, West deftly explores the social and personal fissures opened up by the soldier’s return to his secluded country home at Baldry Court, Harrow Weald.

The re-printing of The Return of the Soldier as part of the celebrations marking forty years of Virago Modern Classics in 2018 is an indication of the esteem in which this fantastic novel is still held. However, a century after its initial publication, no real-life architectural model for Baldry Court has ever been proposed in the existing scholarship. My research into West’s descriptions of Baldry Court and its surrounding environment strongly suggests that she based it on Grim’s Dyke house in Harrow Weald, North London.

A ‘Tudor-Style house […] designed by Norman Shaw in about 1870 for the painter Frederick Goodall’, Grim’s Dyke ‘took its name from the original Grimes Dike that ran from Harrow Weald Common to the edges of Pinner’. The novel’s descriptions of Baldry Court are frustratingly lacking in any telling references to architectural features which might recall the distinctive Tudor-style of Grim’s Dyke. However, West does seemingly refer to the nearby Iron Age earthwork Grim’s Ditch/Dyke in her description of Jenny’s walk near the house: ‘I found a stream in the fields and followed it till it became a shining dyke embanked with glowing green and gold mosses in the midst of woods’. Bonnie Kime Scott records in her chronology for The Selected Letters of Rebecca West (2000) that, between 1914 and 1917, West lived a mere twenty-five minute walk away from Grim’s Dyke at ‘“Quinbury”, Alderton, Royston Park Road, Hatch End’. It is therefore conceivable that she became aware of the house either before or during the composition of The Return of the Soldier.

More telling than any architectural or topographical similarities with Grim’s Dyke, however, is West’s repeated framing of Baldry Court as a theatrical space. As women of the Edwardian upper-class, Jenny’s and Kitty’s chief role in life has been to arrange a ‘gracious life’ for Chris at Baldry Court. Following his departure to the Western Front, Jenny conceptualises the loss of this role in theatrical terms: ‘But now, just because our performance had been so brilliantly adequate, how dreary was the empty stage’. Later, when Margaret Grey arrives at Baldry Court to bring news of Chris’ shell-shock in France, Jenny wishes that ‘this queer ugly episode […] would dissolve and be replaced by some more pleasing composition in which we would take our proper parts’. West’s references to the stage and playing parts may have drawn inspiration from Grim’s Dyke’s most famous owner, the dramatist W.S. Gilbert, who owned and lived at the house until he tragically drowned in the lake there in 1911. In Gilbert and Sullivan: A Dual Biography (2002), Michael Ainger notes that the dramatist penned many of his librettos here – including ‘a children’s version of The Mikado’. Tantalisingly, like Chris Baldry’s spouse, Gilbert’s wife Lucy Agnes Turner was also known to him as “Kitty”.

In the novel, West likely drew upon the theatrical associations of Grim’s Dyke to help her portray Baldry Court as a space which brings the supposedly fixed social and gender roles being ‘performed’ by its inhabitants into sharper relief. Jenny makes it clear that the dwellers of Baldry Court are criticised for failing to perform their ‘proper parts’. When Chris, forgetful of the new steps added to the hall of house, ‘stumble[s]’, his wife is not amused: ‘Kitty knitted her brows, for she hates gracelessness and a failure of physical adjustment is the worst indignity she can conceive’. Like an actor who unwittingly trips over part of the stage set, Chris’ failure to maintain the graceful poise of an upper-class gentleman jarrs with the performance expected of him by his wife and upper-class Edwardian society as a whole.

Today, Grim’s Dyke is a rather swanky hotel. As well as hosting weddings and corporate functions, the hotel also offers an annual entertainment programme of Gilbert and Sullivan ‘opera dinners’. Given that Gilbert’s former home is the likely model for Baldry Court, it would be fitting if in future years this programme also included yearly readings, dramatisations and discussions of West’s most famous novel.